Bridgemarket, a 20,000-square-foot store located at East 59th Street and First Avenue, has been a authentic landmark for decades. “Bridging” the gap between Manhattan and Queens, Bridgemarket serves as the meeting point for residents looking for positive and memorable shopping experiences. GF’s urban architecture team recently reinvented this space by restoring the 5,000-square-foot Guastavino-tiled arcade alongside renovations that complement Bridgemarket’s historical significance. 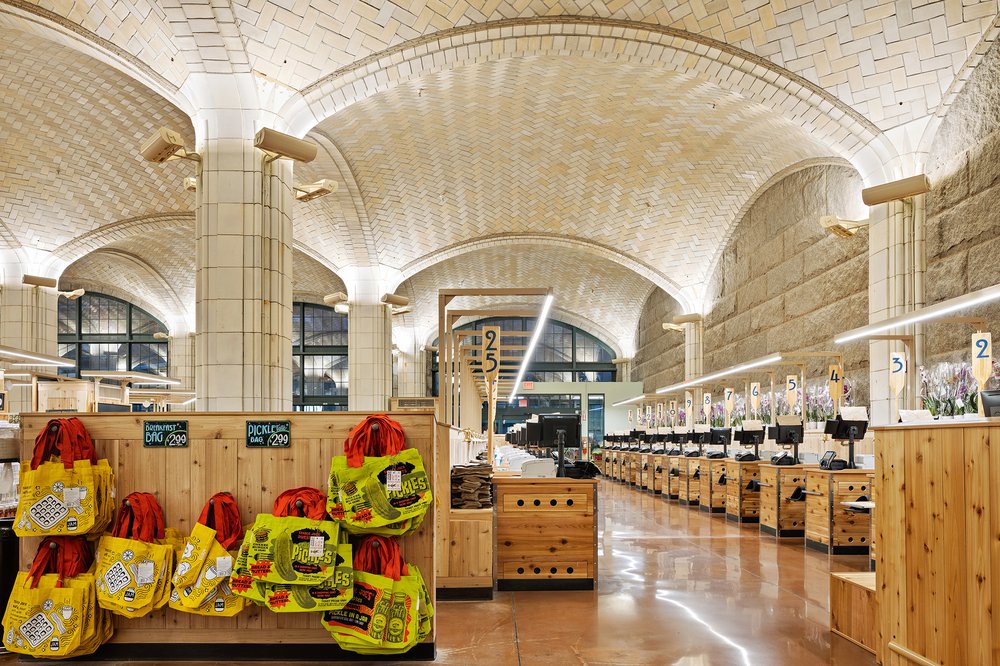 After 70 years of city planning to connect Manhattan to Queens, the Bridgemarket space is deeply rooted in New York history and signifies an interconnection between these two New York boroughs. The Queensboro Bridge costed $20 million to build following its grand opening, where countless New Yorkers celebrated their new and convenient connection to another part of NYC. Below the Queensboro Bridge, where Bridgemarket is, was not appreciated at first. In fact, this space was initially unnoticed as the bridge itself took a lot of the glory. It was not long before an open food market was placed underneath the Queensboro bridge during the Great Depression when the food market was closed. This food market was the first official use of Bridgemarket.

Bridgemarket’s architect, Henry Hornbostel, was inspired by Parisian architectonics when designing the site. The interior designer, Rafael Guastavino, first recognized and remodeled this space underneath the Queensboro bridge. Guastavino’s reputation was well-established at the time due to his work on City Hall Subway Station, Grand Central Station, Grant’s Tomb, and other acknowledgeable projects. Known for his tiled and vaulted ceilings with terracotta clad column arcades, Bridgemarket was seen as a work of art for produce shoppers and city-goers. Since Guastavino’s era, Bridgemarket has continued to evolve. In the 2000s, the space was a Conran’s modern furniture showroom, and a TJ Maxx opened in an adjacent area during 2010. 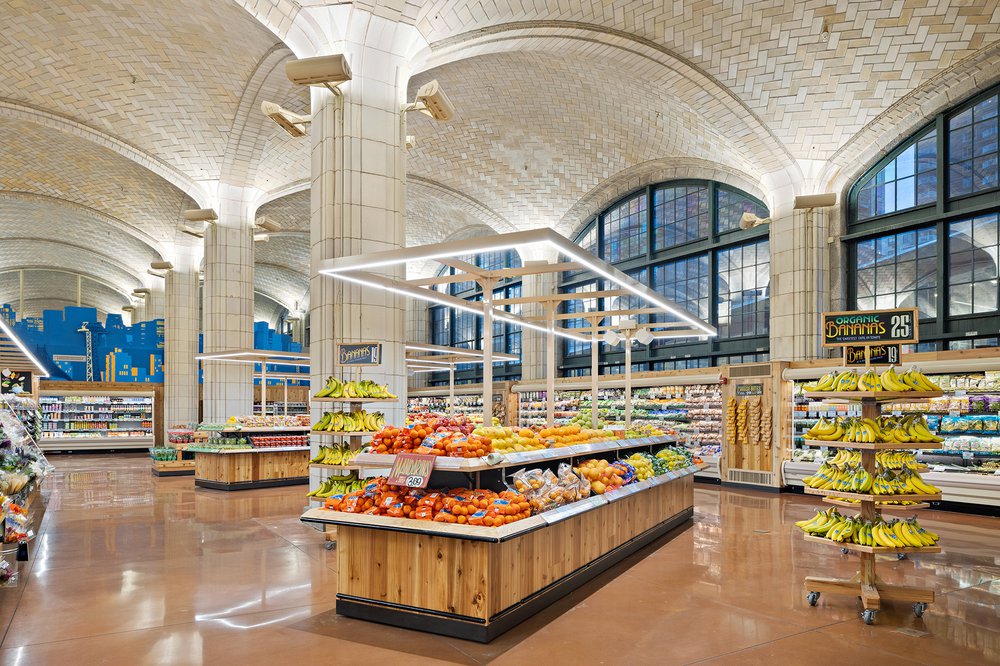 Appreciating Bridgemarket’s roots and preserving its original materials, GF was tasked with rejuvenating this area into a new Trader Joe’s and shopping center. Collaborating with MADDD Equities LLC, the GF team created a plan to accentuate the verticality of the space by maximizing mezzanine's height, concealing mechanical designs, and maintaining Hornbostel’s original vision for Bridgemarket. Honoring the primary space, GF created an interior to allow shoppers to enjoy and admire the historic preservation of the atmosphere, integrating many of the primary materials. 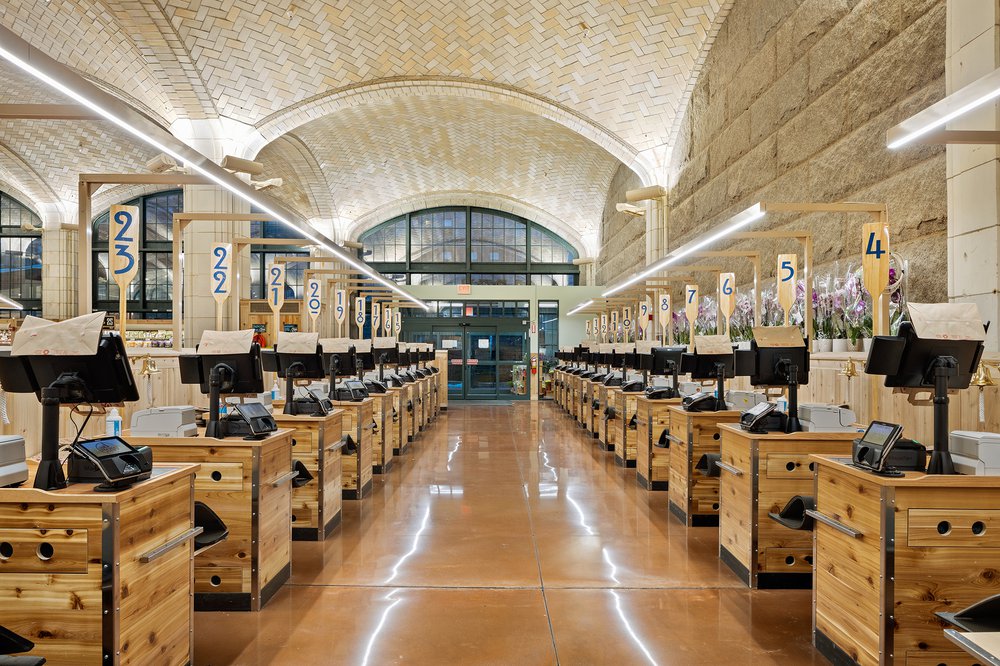 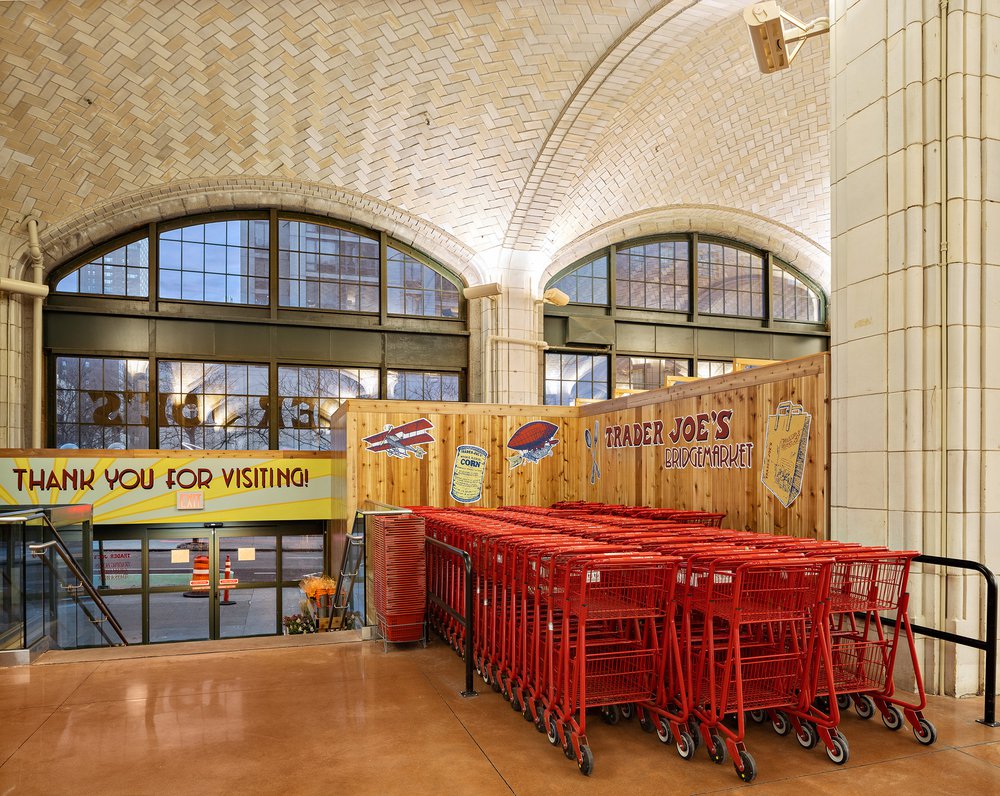 The Department of Transportation provided the restoration of the tiles and terra cotta detailing and installed exterior glass walls that maintain the integrity of the initial open space. Architects Hugh Hardy and Terence Conran reinstalled and renovated Hornbostel's 98,000-square-foot valued space with $24 million, creating the marketplace known for its European flare and timeless ambiance. While Rafael Guastavino’s tiles are still in use, new murals pay tribute to other historical landmarks in NYC.

As this has maintained the “cathedral-like” feel of the area, the GF team’s efforts to revitalize Bridgemarket contributes to its New York City Landmark title. In addition to this renovation, GF has completed other accelerable revitalizations like the New York City Landmarks Commission, the Economic Development Corporation, the DOT, and more. Many of these redesign projects have contributed to some of New York City’s most amazing historical spaces. 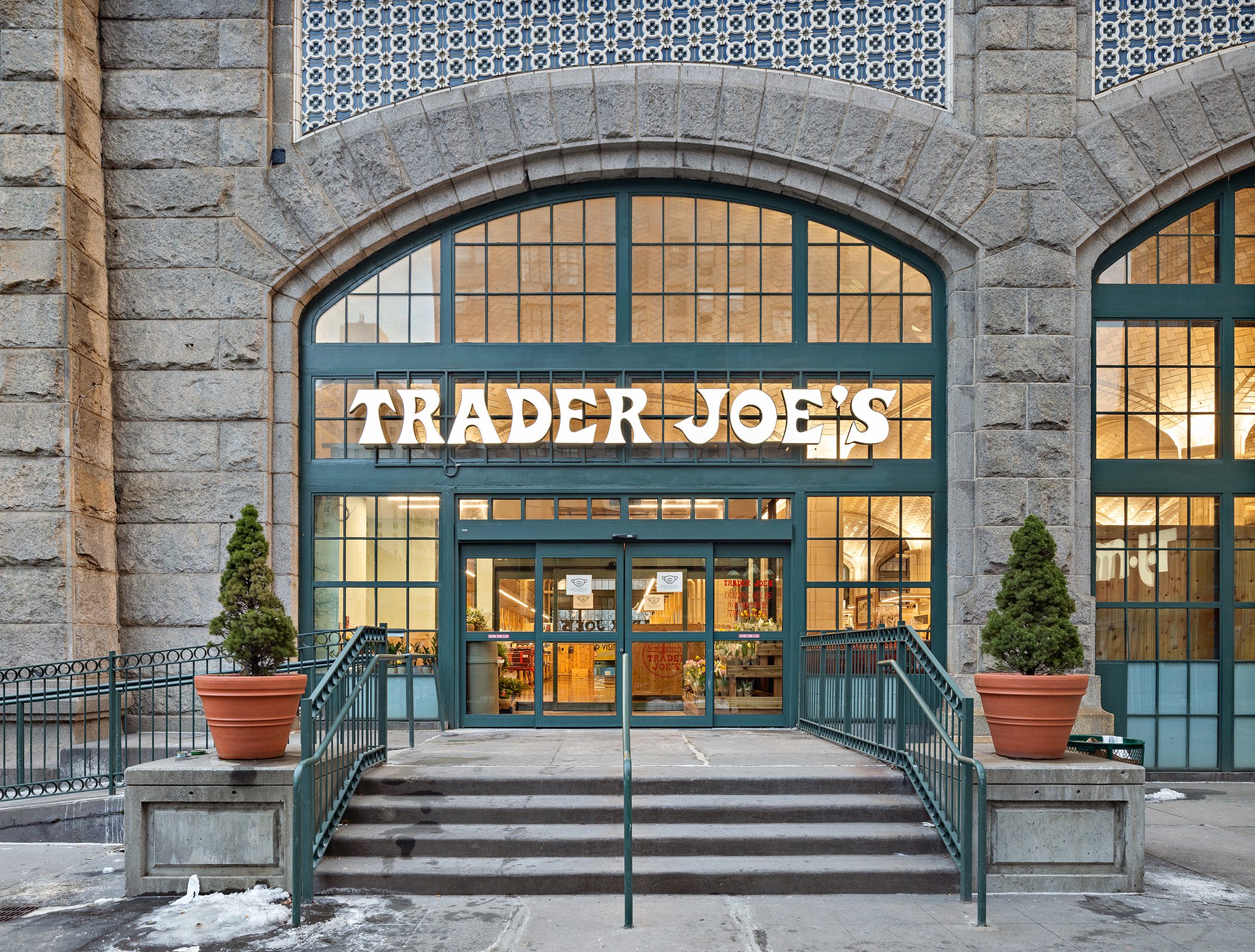