GreenbergFarrow assisted the City of Brookhaven with the creation of a universally-accessible nature play zone. The GreenbergFarrow team held a series of hands-on community workshops, which included the community's young people; the youth were encouraged to draw and voice their ideas of the elements that they would like to have in their future playgrounds. The ideas that they shared resulted in the programming of the Murphey Candler Park: Nature Play Zone, which is focused on the creation of a facility that is welcoming, usable and enjoyable for children of all abilities. This universally-accessible nature play zone includes an entry plaza infinity symbol mosaic, family sized basket swings, chutes and ladders natural climbing and sliding zone, a musical instrument area and a chalkboard drawing zone. 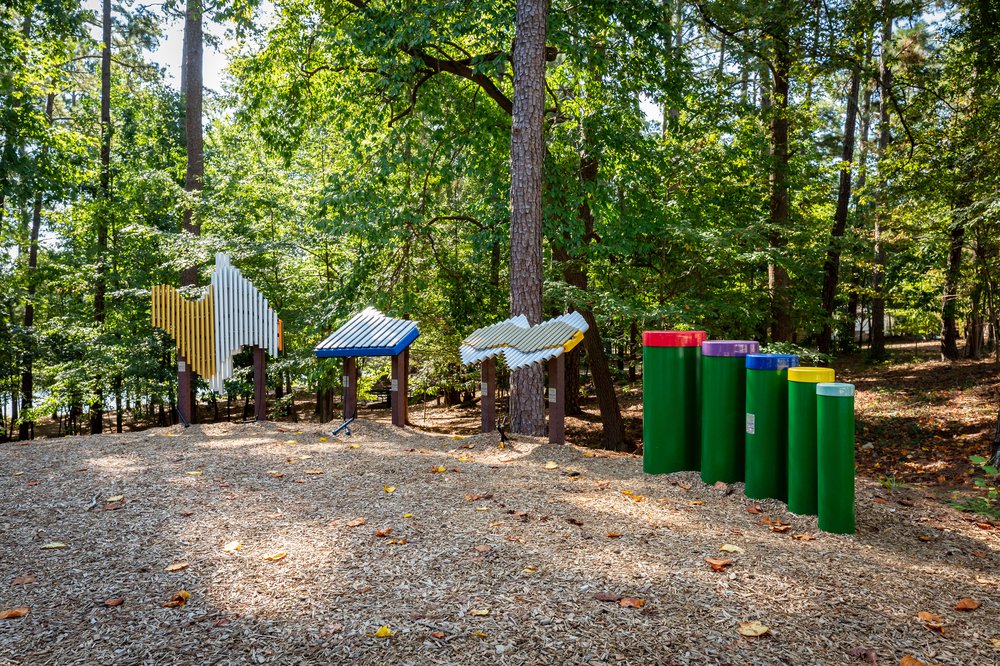 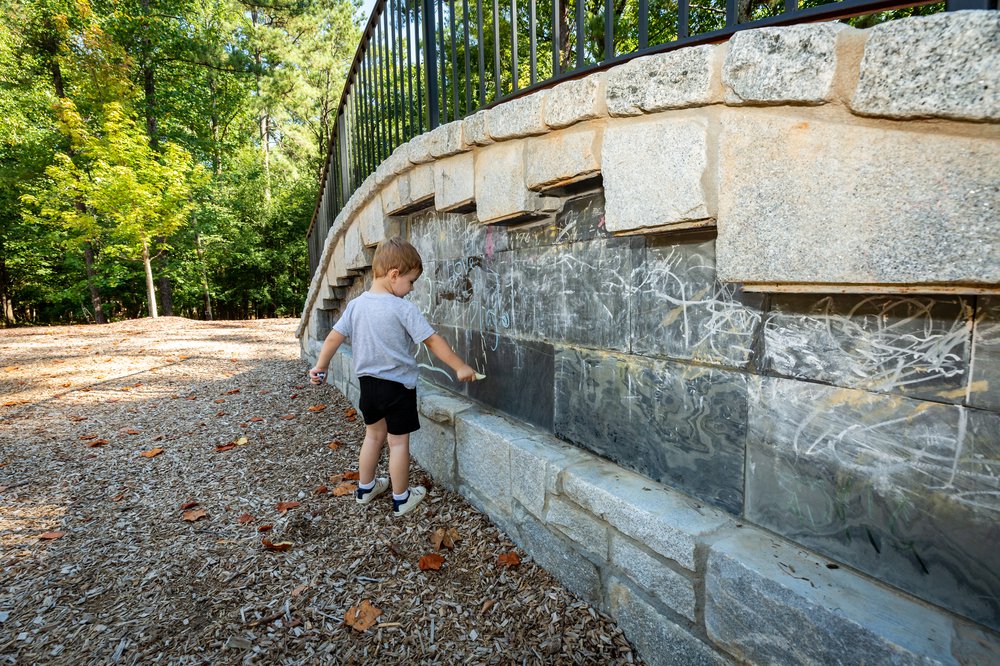 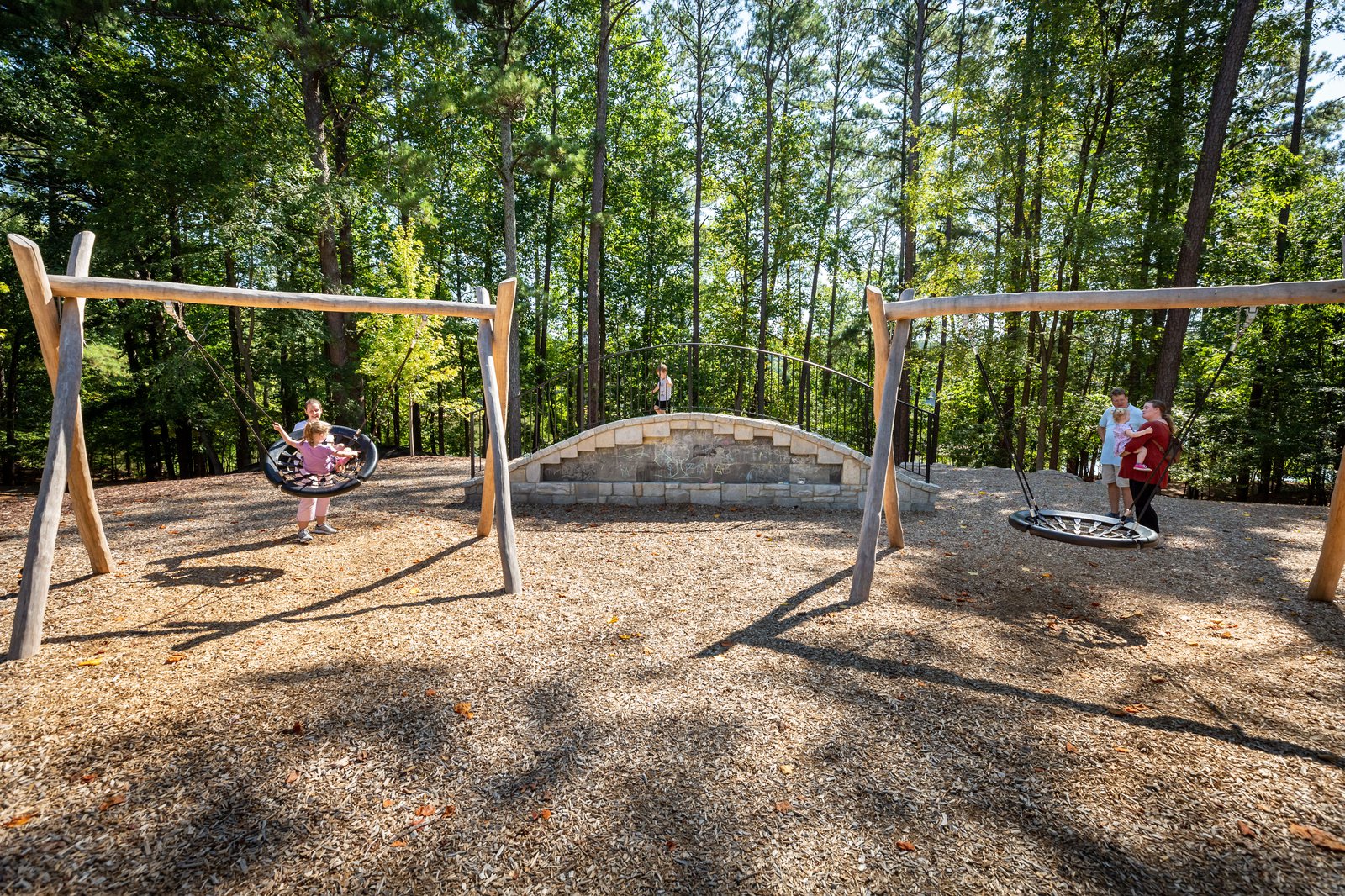